Lilly and the squad take on their oldest case yet, when they're asked to look into the case of a young woman who was killed in her parents' home in 1919. They discover she'd become involved in the suffragettes' movement, campaigning for votes for women, which put her at odds with the rest of her family. Meanwhile, Lilly finds out that her mother's latest marriage has failed and she's resumed drinking.

June 9, 1919 - Frances Stone, together with her parents Elizabeth and Ambrose Stone, and her fiancé, Lawrence Wakeley was walking on an old busy street of Philadelphia, talking about Ambrose's business and plans for Lawrence and Frances's impending marriage. However, Frances contradicted her father's claim, but still it didn't work as Ambrose shut her off; he told her that what he was doing for them was for her sake and for their future together. Later, Elizabeth cuts off their argument and told them that they need to go home, but Ambrose told them that they may go first, as he will be taking care of something related to their business. When Ambrose walks away from them, Elizabeth quietly confronts with Frances that she had to obey what his father said instead. After that they later seen Alice B. Harris together with the group of women carrying a placard and a banner written Voting Rights for Women, Amend the constitution now. Alice was also be seen handling some pamphlet to all passerby, but some of them ignoring her, until she sees Frances handling the pamphlet to her and accepted it, when she handled the pamphlet to Frances, one man throw a tomato at her and shouted all women must stay at the kitchen, not on the streets. But Alice answered them back that they're the rowdy rousers. Frances was impressed by Alice's action and she told her that she was brave to fight back for her rights, but as she was still continues to speak with Alice, Elizabeth grabbed her away and told her not to spoke with them as they were only a group of rebellious woman doing nothing but ranting. But Frances contradicted it again and told her that they're brave. However, Elizabeth didn't hear what Frances said to her and continues to walk away with Frances, while Frances still looking back at them, determined.

June 23, 1919 - One evening, we will be seeing Frances, lying on the ground of their house, police arrived at the scene where she was found dead, believing that she fell in their stair, taking some mug shots of her, and later at the old police station, an officer wrote to her file that the cause of her death was murder. However, what caused this horrible scene and what really happened the night she was found dead on their home was remain unsolved, and no one was home at that time, except the servants.

Present Day - One morning, a student named Emma Stone dropped by at the homicide team's office and looking for Det. Rush, and she made a handshake with her as soon as she finally met her telling her that her professor told them that Det. Rush was the only female homicide detective in the whole East Philly, much to Det. Vera's surprise (and a little bit dismayed for what he heard). However, Rush told her that she was not the only female homicide detective now, as Miller approached them she also introduced her to Emma. After their introduction, Emma told Rush that she wants to solve the murder case of her great great aunt Frances, which she also brought some of the archived files of the Stone family from her deceased Grandmother Stone. The detectives are overwhelmed about the Stone family's inheritance, but Emma told the detectives that all of those things were gone, but she also handled a special letter which she found inside the locket and she passed it to Rush to read it. The letter that was written was addressed to Phil, an unknown guy which the detectives believed that something was up between Phil and Frances as the letter mentioned that no one must found their secret, or else they will be in big trouble. Rush, at first having doubts to solve this oldest case since no solid evidence was been presented, no more other connections to proved it, especially the probable suspects were also long gone (as Vera stated) and might possibly leading them to remain unsolved. But Emma was really determined to know what was really happened in the past since she also said that before her Granny Stone died, it was bothering and haunted her for a long time and Rush asked her that Emma will doing this just for her grandma's sake and finally be able for her to move on. Just then Rush seems to finally decided to accept the job and told her team that they'll be solving the MOST OLD CASE yet, and Vera mentioned it was a record-breaker case since the crime took place 88 years ago, and when Miller finally told Rush on what are they waiting for? Rush replied, Let's break the ice then, meaning that she was finally give it a shot to that oldest case yet.

After the introduction break, we will be seeing Rush, Valens, and Lt. Stillman reopening Frances Stone case again, checking out some possible evidence and documents that was been archived for a long time. As their investigation continues, Rush read the part of an old newspaper seeing the image of Lawrence and Frances on it, but someone who was in a maid suit was also be seen in the image.

Flashback - At a garden party, Lawrence presents Frances with the locket, and she likes it. He then pulls out the ring, asking Frances to marry him. Frances is a loss for words, and Lawrence encourages her to say yes. Frances says she's not sure if she wants to be a wife and mother, instead wanting to write and be able to travel the world. Lawrence says she should be happy, and that her father already gave his blessing. Frances realizes her opinion doesn't matter. Just then, the maid comes, saying both their parents are asking if they have any news to share. Frances then says yes, and accepts Lawrence's proposal. A photographer takes the picture for the newspaper.

Back to Present - Lilly notices that the maid's name is listed as Phillippa Abruzzi, AKA Phil. That's who Frances' letter was addressed to. There was clearly a big secret that Frances and Phil were keeping. Lilly gets a call at that moment, and tells Stillman she needs to leave. She goes to jail, where her mother is being held. She's drunk, and tells Lilly to go away, not wanting her to see Ellen like that. Lilly says that it's not the first time. Ellen says her husband left her 5 months ago. Lilly gets a squad car to drop Ellen off, saying she'll come by later. Ellen walks off with the officer, saying "don't bother." Back at the station, Jeffries and Miller talk to Audrey Abruzzi, Phillippa's daughter, who's happy to be going out somewhere. They ask her about her mother's relationship with the family, especially Frances. Audrey reveals that they were like sisters, and Frances taught her mother to read, something uncommon for women at the time. The detectives ask if it's possible that they could've been lovers, but Audrey denies that they were. When Miller mentions the note, Audrey says they did share a secret, but it wasn't sexual.

Flashback - Audrey plays in the kitchen with her mother. Frances comes in, and Audrey asks if she'll read her a book later. Frances agrees, but asks to speak to Phil first. Audrey asks if it's about her black eye, and says her daddy gave it to Phil. Phil then tells her to go upstairs. Audrey leaves, but watches from the doorway as Frances asks if Phil's husband really did hit her. She admits he did, because he caught her reading the suffragette pamphlet. Frances tells Phil about her earlier encounter with them, and both marvel at the women's refusal to back down. Frances says they should go to a meeting, but Phil is afraid of her husband catching her. Frances says if he comes to the meeting, the suffragettes will "string him up." Phil says that women should have the right to vote so they can pass laws to punish men for beating their wives, and Frances says that Audrey could become a lawyer someday, putting those "jackasses" away.

Back to Present - Jeffries says their secret was actually political, and Miller says that opens up a whole new list of suspects, mainly those who didn't want the 19th amendment to be passed. Audrey says that includes Frances' father, because women were the driving force behind Prohibition being passed, which is what led to the Stone family being ruined.

Vera and Rush visit Emma's house, looking for clues. Vera sees a gramophone with a Sophie Tucker record, which Emma says was Elizabeth's favorite. Rush finds Frances' diary, and reads an entry from June 14, 1919, showing that Frances wasn't thrilled about her engagement to Lawrence. The next entry is June 15, when Frances describes going to her first suffragette meeting.

Motive: None. The murder was an accidental one.

Cahill and Morgan in this episode's behind the scene, just before their confrontation scene. Cahill portrayed Frances Stone while Morgan portrays Lawrence Wakeley
Add a photo to this gallery 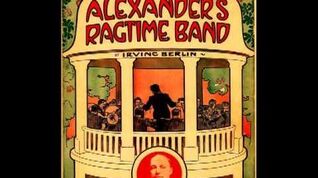 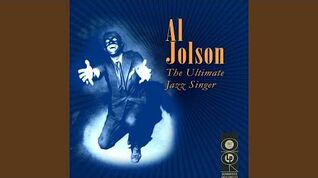 Al Jolson (Theatrical Version) - You Made Me Love You 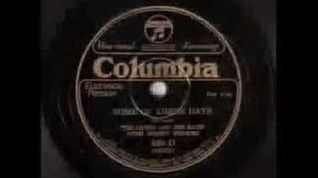 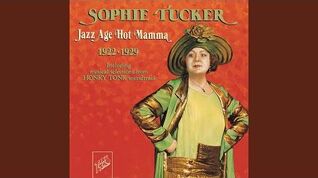 Sophie Tucker - There'll Be Some Changes Made 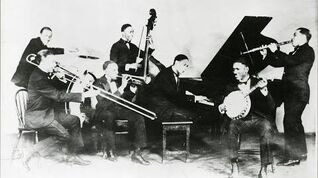 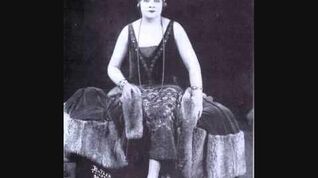 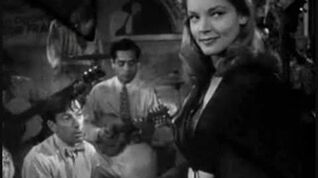 Retrieved from "https://coldcase.fandom.com/wiki/Torn?oldid=29381"
Community content is available under CC-BY-SA unless otherwise noted.