The War at Home

The discovery of a prosthetic arm in the river leads the detectives to look into the case of a woman in the National Guard who went missing shortly after returning from a tour of duty in Iraq, where she lost an arm. Detectives learn she had trouble fitting back into civilian life and was haunted by memories of her time "over there." Meanwhile, Scotty lets his brother Mike know the man who was Mike's boxing coach as a boy was being charged with molesting a boy.

February 21, 2004 Women are at a baby shower. A man walks in, holding a deployment letter in his hand. Dana's set to go in three weeks. She asks who will take care of Lindsay, her daughter. Her husband, Jeff, says he will. Forward to her body sitting at the bottom of a river. A missing poster with her face is put into a box.

Present Rush and Miller are at the scene. Miller's daughter is in the car. Stillman tells them they found a prosthetic arm on a troll of the river. Divers haven't found the rest of the body.

Vera and Rush are discussing the case. They meet up with Jeffries. They learn Dana had joined the guard to pay for cooking school. Valens goes to his brother's house. He's greeted by his nephew. He asks his brother if they could take a walk, to discuss the Coach Fitzpatrick case. He lets Mike know he's on the witness list. His brother denies knowing anything.

Miller and Jeffries talk to Jeff. He says his wife never took off her arm. But she was different when she returned. He says he became a widower the night she walked out that door.Jeff says she used to go on long walks alone. Jeffries asked if she ever showed suicidal signs.

Flashback Jeff and Lindsay visit his wife at the hospital. She is talking to a fellow soldier, Tommy, who lost his leg. Lindsay notices her mother's arm. Her mother reassures her it's ok. Jeff looks uncomfortable around the injured soldiers.

Present He admits he has trouble seeing his wife like that. He says Tommy became her new best friend, he was the soldier she had saved. Miller and Rush speak to Tommy. He says they talked about the war, rehab, Frank; a friend of theirs who had died in the attack. Tommy says they both related about being looked at as a freak.

Flashback Dana is haunted by her past. She's holding a tray of cupcakes at a holiday party. Frank's widow is upset at Dana for not attending Frank's memorial. She's angry for them being alive and her child being fatherless.

Present Valens asks why the anger was directed at Dana? Tommy says Dana was the driver of the vehicle when Frank died.

Rush and Joseph are arguing. Rush tells her about her father abandoning them when she was six. He assures her that he has no plans on leaving. Frank's widow shows up to the station. They inform her they found Dana's arm. She admits to grieving hard, but not wanting to kill anyone. She apologized to Dana.

Flashback Dana is driving Lindsay to gymnastics. Franks' widow is in the passenger seat. She says she quit drinking and is in grief counseling now. She asks if Dana has considered it. She wants more details on the attack. She tells her that Frank was the lookout. A man walks in the road. She lays on the horn and jumps out of the vehicle to accost him. She forgets that's not appropriate action for home.

Present Stillman says it's classic PTSD. Rush and Jeffries go to speak to Lindsay. They know sometimes her mom would get mad.

Flashback Dana and Tommy are at a school event. Dana hands Tommy a medal from her uniform. She is called up to speak. She tells of her injury and her confused feelings on the war. A kid stands up and asks if she wasted anyone. She says no, but tells about Frank's death. She gets upset and walks off the stage. A man behind her, in uniform, berates her. He's going back for his second tour in a week and feels her words will scare his kid. He demeans her for being a woman in the services. He whispers to her that someone should teach her a lesson and gets called up for his turn on the stage.

Present Lindsay says it was Charlie's dad. She feels that her mom may have left because of her, because she thought her prosthetic arm was scary. Vera and Miller go to speak to Josh. He continues to rant about Dana. Miller gives his wife gardening tips, then asks if she has any tips for her. She admits to knowing of Dana, mainly because of Jeff.

Flashback Jeff and her are at a counseling session for military spouses. She sees Paula take Jeff's hand, in a flirty way.

Present She says lots of spouses had Jodis, someone to keep you company while the spouse is away. Rush and Valens speak to Paula. She admits Jeff and her had a thing. And that Jeff and Dana were not having relations, so the affair continued.

Flashback Dana walked in to find Paula and Jeff together. She threatens to take Lindsay and leave.

Flashback Jeff is packed up to leave. They try to figure out what went wrong. Jeff asks for the details. Dana says she doesn't deserve the ribbon of valor she has. Franks' death was her fault. There was a child in the road on their way back. She knew you were supposed to keep driving, but she saw her daughter in the girl. That's why she stopped, that's why Frank died. The ribbon is keeping her prisoner to her past. They embrace and Dana leaves to say goodbye to Frank.

Present He waited for her to return for a fresh start, Rush and Jeffries speak to Tommy. They knew Dana was going to say goodbye to Frank, and they had to do that with the ribbon she had given Tommy to hold. He says they understood each other.

Flashback Tommy meets Dana at the river. She asks for the ribbon. Says they're going to move on from here. She throws the ribbon into the river and grabs Tommy's hand. He mistakes this for her wanting to move on with him. She denies him and tells him she wants to work on her marriage. Tommy reminds her that Jeff cheated on her. She knows, but wants to go forward with him. He pushes her over the bridge where she falls to her death.

Jeffries walks Tommy out in handcuffs. Divers find her body and the pin. Vera puts her closed box away. Paula watches war coverage on the tv. Little kids pretend box while Valens looks on. Dana is laid to rest. Jeff is given the American flag, Lindsay is given to ribbon of valor. She salutes her mother's casket. Rush and Stillman see Dana salute back. 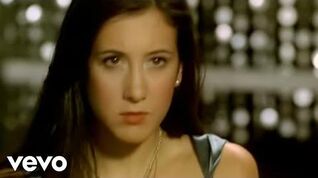 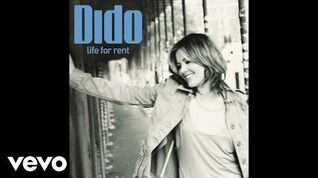 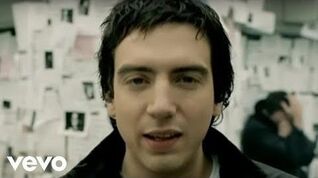 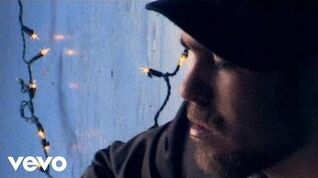 Citizen Cope - Bullet And A Target 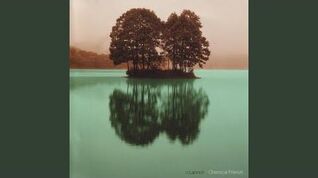 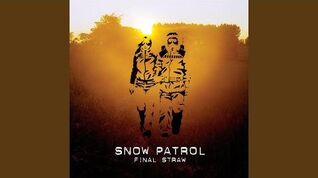 Retrieved from "https://coldcase.fandom.com/wiki/The_War_at_Home?oldid=28169"
Community content is available under CC-BY-SA unless otherwise noted.