When a new witness steps forward, Lilly and the team are prompted to re-open the 1984 shooting of a respected and beloved ER doctor who had a secret he had been hiding from his family.

Dr. Grant Bowen is found murdered in an alley in August 1984. A homeless man with a history of mental illness was arrested and convicted for the murder. Twenty-two years later, a woman who witnessed the murder comes forward to reveal that the man who shot the doctor wasn’t the black homeless man convicted, but the shooter was a white man; she says the man might be another doctor from the hospital, since he was wearing a cap with the hospital logo.

Lilly and Jeffries talk to Grant’s wife about the new information regarding Grant’s death. She says there was a doctor in the hospital, Dr. Seth Garvey, who may have had a motive to kill Grant. Mrs. Bowen says Seth envied her husband, and even hit on her once at a medical convention. He also asked her to marry him after Grant died.

Kat and Scotty interrogate Dr. Garvey; he admits he envied Grant’s life and had a crush on his wife, but claims he didn’t kill Grant. He flashes back to a poker night. They were playing and Grant lied to his wife about were he was; Grant bluffed and a man named Cyrus Tisdale lost, threatening Grant and taking his cap with the hospital logo. Scotty and Vera track down Cyrus. He claims they became friends later that same night, and he took Grant as his protege, teaching him everything about playing poker. He flashes back to the past: he is watching while Grant and his family are having dinner with his son Jason, his girlfriend and her family and toasting to Jason’s future in medicine. Then the server tells Grant that his credit cards were declined. Mrs. Bowen confronts him about the credit cards, but he is paged and leaves for the hospital before he can give her an explanation.

Lilly talks to Mrs. Bowen once more. She flashes back to the day she confronted her husband about their finances, and he confesses he’s been playing poker. She pleads for him to stop, but he thinks he can win it all back. Back in the present, Lilly asks about the substantial life insurance she collected after Grant died. Mrs. Bowen says it saved her and her son, but she would never have done anything to her husband. Meanwhile, Kat talks to Jason Bowen about his father, but he is still angry about the gambling and is not pleased to know the case was re-opened. Jason flashes back to the night his father died. He witnessed his father almost killing a patient because he was too distracted thinking about gambling. Jason says Dr. Garvey took Grant away and that was the last time he saw his dad. Dr. Garvey tells Lt. Stillman he took Grant to a Gamblers Anonymous meeting that night, and that Cyrus Tisdale was also there.

Scotty and Jeffries confront Cyrus. He flashes back to the meeting where he convinced Grant *not* to quit gambling. Instead, Grant decided to rob the store owned by a Chinese couple, who were his former patients, to get the money to keep gambling. Kat and Scotty go talk to Mrs. Lee, the store owner. She tells them how Grant showed up at the store that night, asking for cash to pay her husband’s hospital bill. When he realized she didn’t have much money, he felt guilty and changed his mind. He gave back most of the money but kept $324 and told her he wasn't going to be able to pay it back. She understood and gave him a lucky charm. Cyrus is brought to the station, and Lilly and Jeffries talk to him. They tell him they already know he killed Grant, and the witness is coming to ID him, but they don't know why he did it.

Flashback: He and Grant met up after Grant went to the Lees’ store. Grant announced a change of plans: he used the money Mrs. Lee gave him to pay his life insurance policy and asked Cyrus to shoot him, so his wife and son could have their lives back and get his life insurance. Cyrus refused at first, but Grant convinced him it was the best thing to do for everyone. He hands Cyrus the lucky charm Mrs. Lees had given him. Cyrus told him "all aces" then shot him as he requested. While ”Only Time Will Tell” by Asia is playing in the background, we see Cyrus being arrested. Dr. Garvey watches a poker game on TV and thinks of Grant. Mrs. Lee feeds the angel fish and is reminded of Grant. Jeffries is off desk duty and thanks ADA David Cage for it. Scotty sees a pedophile at the local park talking to a kid. He had previously warned the man to stay away but he came back. He kicks the crap out of him (go Scotty!). At the hospital, Kat tells Jason the truth about his father’s death. Jason sees his father outside the hospital doors. 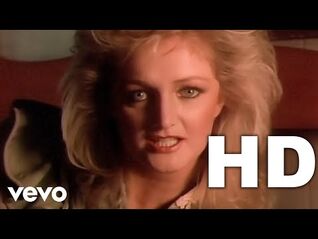 Bonnie Tyler - Holding Out For A Hero

Retrieved from "https://coldcase.fandom.com/wiki/The_River?oldid=29171"
Community content is available under CC-BY-SA unless otherwise noted.