The recent murder of a young, male hitchhiker in Delaware sheds new light on the similar murder of a young man near Philadelphia in 1997, leading detectives to suspect the two murders may have been committed by the same person.

June 8, 1997. A young man flirts with a blackjack dealer as he piles up his winnings. He cashes out and attempts to hitchhike. Later he's found dead in the woods, buried under some leaves.

In the present day, Lily and Scotty come into work, joking what they would do if they won the lottery. Stillman hands them a file of what appears to be a third in a string of similar murders: young white male, in the woods, shot in the chest with a .38, hitchhiker, just won big. One happened in Delaware, one in New Jersey, and one in Pennsylvania. Matt Mills was the original victim. They scour the files and theorize the possibility of a serial killer. They also find a note stating that Matt and his cousin, Blaine, robbed a food mart on probation.

Rush and Valens visit Matt’s house and meet his younger sister Katy. She sits on the steps, listening as they talk to Matt’s parents. They said Matt was working as an investor during the day then taking classes at Drexel University at night. When Rush brings up the food mart incident, his parents explain that he went through a rough period of stealing. His parents said that after he went through lock up, he straightened himself out. Matt was the ideal son for the next three years while Blaine stayed in Atlantic City.

They question Blaine and find that he and Matt robbed the food mart for a small business startup selling candy bars. When asked about that night, Blaine says they were celebrating a possible business venture that could have made them millionaires. At the precinct, Sam Royal of the Delaware State Police arrives to help and narrows down the suspect list to Henry Floyd who also has the same shoe size print that was found next to Matt’s body. More and more evidence points to him being the culprit.

Rush, Valens, and Royal interview the girlfriend, Janice. She allows Henry to come over and use her because she’s too scared to try and stop him. They grab a carpet fiber to match to the one found in the print. Rush and Valens go to Valens’s old sergeant, who had arrested Matt and Blaine, to see if he can help. The sergeant mentions the Russian store owner yelled at Matt when they were at the station.

They get a call that Floyd arrived, and the three bring him in for questioning. After some fact stating by Rush and some leering by Floyd, he agrees to take a polygraph. However, after all the questions are answered, it seems as though he “beat” the test. He puts his feet up on the table and passively threatens to harm Janice. Rush notices a sizable chunk missing from the ball of his boot and takes the knowledge back to the team. Valens brings the news that the fibers didn’t match, but it turns out the Russian store owner has a rap sheet for assault and chased a shoplifter with a .38 revolver.

Rush and Valens go to see the owner, Ivan Medvedenko, who recounts Matt and Blaine robbing him at gunpoint as his son watched. They ask about the gun and the owner denies ever shooting it. Instead, he sold it back to a Mr. Joey at a pawn shop. When they get back, Royal and Stillman tell them that the molds were a match for the murders in Delaware and New Jersey, but not Pennsylvania. Katy arrives at the station and asks about Matt, wanting to know more about him. She also mentions that Blaine has a pilot’s license and will be starting up a night club with Katy as an investor. She tells Rush that Matt called her that night, saying he ran into someone he knew.

Valens hunts down Mr. Joey, who sold Medvedenko the gun after Matt and Blaine robbed him. Things were quiet until he chased the shoplifter and unloaded the gun back on Joey. When asked about the gun, Joey says he got pulled over for running a light and the police destroyed the gun. When asked about Ivan, Joey says Medvedenko was nice when he first came to America, but he became jaded after awhile. The next day, Rush tells Valens that Medvedenko was in Atlantic City with his wife the night Matt was murdered. When interrogated, Ivan admits he ran into Matt at Atlantic CIty and confronted him. He showed Matt a picture of his son, saying he told his son “if [he] works hard, he can be anything he wants.” But after that day, his son asked why he should work hard if people can just take his money. Matt apologizes profusely and offers his hand, but Ivan doesn’t accept it.

Valens accuses Medvedenko of lying and scares him enough by implying he’ll “disappear” if he keeps lying. Medvedenko breaks down sobbing and confesses to killing Matt. As Valens takes down his confession, Ivan mentions that Blaine was there, too, and he could have killed them both. Medvedenko says he saw Blaine drive away before he could talk to him. Excited, Valens is ready to submit the report, but Rush isn’t so sure considering Blaine claimed he didn’t have a car. Rush and Stillman insist on tying up loose ends, but Valens is frustrated and wants to close it. As they wait for a rental, Jeffries hands them information about Blaine spending $3,000 four months after Matt was murdered; the same amount stolen from Matt's body. The money was blown on another failed business venture and a non-existent pilot’s license.

Rush and Valens check out the rental car place where Blaine worked and learn a car was missing with the correct mileage. The manager also says he fired Blaine for showing up with a gun, which the manager turned into the police. They find Blaine in a casino betting on a horse that loses. They pile the evidence in his face and push the fact that Matt was the brains between them. Blaine gets defense and claims all the ideas were his. Going back to the night of their celebration, Blaine is excited about the venture while Matt breaks down the logistics and tears Blaine’s idea apart. Blaine wants to rob the casino cage for the startup money, but Matt threatens to tip them off. Tired of having no one believe in him, Blaine forces Matt into the woods and rambles about needing a break after so many failed ideas, then shoots him. They arrest Blaine in the casino, and he sees Matt standing at a blackjack table. 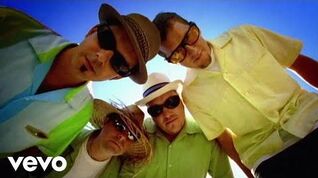 Smash Mouth - Walkin' On The Sun 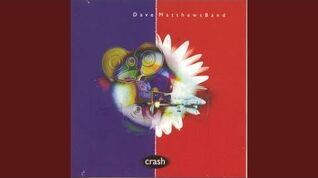 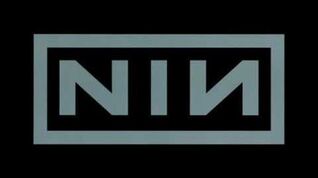 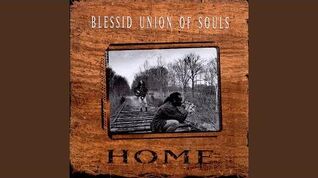 Blessid Union Of Souls - I Believe

Retrieved from "https://coldcase.fandom.com/wiki/The_Hitchhiker?oldid=28697"
Community content is available under CC-BY-SA unless otherwise noted.