A retired detective approaches Lilly with new evidence in the murder of a twelve year old boy, Danny Finch who was killed the night of the Apollo 11 moon landing.

In 1969, the day after astronauts landed on the moon, Danny Finch, a twelve year old boy, was found dead in a river. His cause of death was unresolved.

In the present day, an old cop, Detective McAvoy receives a clue at his station. An unknown man dropped off a rocket ship with the words 'Chestnut Hill Rocket Boys' engraved on it. McAvoy brings the rocket to Rush and tells her that he believes that the rocket belonged to Danny Finch. He tells her that it might be a clue to finding why he died. McAvoy tells Rush that Danny's case has always haunted him during his entire career.

The team looks into Danny's life and finds that he was found with abrasions on his arms and legs, but died from blunt force trauma to his head. In school, Danny was a chemistry award winner.

Danny's older sister, Laura is called into the station. She tells Detective Jeffries that Danny didn't have many friends but she remembers him speaking with some boys outside of the house a week before he died. She remembers seeing three kids attempting to launch a rocket into the sky from the street. She remembers that one of the boys was named Chuck Pierce. She recalls that Chuck always hung out with two boys. She remembers Chuck visiting her brother the next day.

The detectives visit with Chuck at his office. He tells them that Danny was obsessed with trying to be part of his group. He remembers taking Danny and his friends, Seth Lundgren and Bobby Kent to a parts yard that held all of the stuff Danny said they needed to build a rocket. The boys tried to hop the fence to take some materials, but were chased out by a man with a bat named Dick Wallace. He says that was the last time that he saw Danny.

Jeffries and Valens visit Wallace. They ask him about his record of beating up a junkie. Wallace says that the junkie pulled a knife on him while trying to steal merchandise. They ask if he beat Danny. He says that he remembers Danny coming into his shop after getting caught with his friends. He recalls Danny bringing in 14 dollars to buy some materials. Wallace turned him down at first, but ended up giving him what he wanted to build a rocket.

Rush and Vera visit Seth at his apartment. They see that Seth is mentally unstable. Seth says that the last time he saw Danny was when they tried to break in and steal some parts. Seth tells them that he believes that the moon landing was a fake. He contradicts his previous statement of not seeing Danny after the break in and admits that he saw him the day that he died. The detectives leave and Vera tells Rush that he took Seth's phone records. He sees that Seth has been making a lot of calls to one particular number.

Miller and Valens visit Bobby, Seth and Chuck's friend. Bobby says that he hasn't spoken to Seth in a long time. Bobby gets a phone call and Miller tells him to take it. It is Valens, who tells him that he is lying about not talking to Seth. Valens says that he got the number from Seth's phone record. They ask why he and his friends woul lie about not seeing Danny the day he died. Bobby says that they probably lied to protect him. He recalls that Danny, Seth, Chuck and him headed out to the woods to try to launch the rocket that Danny built. He says that on their way to the launch site, they were ambushed by his half-brother Malcolm and his friend Griff. Malcolm and Griff grabbed Danny while the boys ran off. Bobby says that after the incident, both Malcolm and Griff went to Vietnam. Griff died overseas while Malcolm came back, committed some crimes, and was put into jail.

Rush and Valens meet with Malcolm in the prison. He tells them that he saw Danny that day. Malcolm says that he held Danny down, but Danny fought back and broke his nose. Seth then came back and freed Danny.

Rush visits McAvoy and asks if he has interview records of the boys. Rush finds that the stories told by Chuck, Seth and Bobby are exactly the same. They figure that Danny died after hanging out with his friends. They figure that Seth was the person that brought the rocket in to the station.

Vera meets with Seth hanging out near the river. He asks why he turned in the rocket. Seth remembers bringing Danny to meet up with Chuck and Bobby at the launch site. He remembers successfully launching the rocket into the air. Seth says that when it came time to come home, they had to cross a river by jumping. Seth says that Bobby has been trying to convince him that Danny didn't make the jump and fell in, but he saw him make the jump. Vera asks Seth to go to the station. At the station, Rush finds that Chuck has been paying for Seth to be treated at a psychiatric hospital and for his anti-psychotic medications. She thinks that Chuck has been trying to keep Seth quiet. Vera checks in on Seth in the interrogation room, but finds out that he hanged himself with his belt. They call for medics, but he is already dead.

The police call in Bobby and Chuck for questioning. Chuck tells the police that he is not surprised that Seth killed himself. He admits to paying for Seth's psych treatment, but says that he was looking out for his friend. The detectives find that Chuck is not going to talk, but Bobby looks like he might. Vera tells the team that he wants to talk to Bobby. Vera walks in the room and tells Bobby that he is going to handcuff him because Chuck is pointing his finger at him for Danny's death. Vera says that Bobby has been following Chuck like a sheep. Vera gives Bobby one last chance to talk, and he does. Bobby remembers that all the boys had to get back home before getting into trouble with their parents. They had a choice of crossing a river by jumping, or walking around, which would have taken more time. Chuck wanted to walk around, but Danny told everyone that they should make the jump. As Chuck tried to lead his friends to take the easier route, Seth decided to jump. Seth made it to the other side safely. Next, Bobby followed his lead and made it also. Danny then tried and successfully crossed. After Danny made it, Bobby and Seth ran along, leaving Danny and Chuck.

Rush and Valens tell Chuck that they know that Danny died in the river. Chuck tells them that Danny fell in and he tried to save him. Chuck says that Danny drowned and he tried to cover it up. He says that it was an accident. The detectives tell Chuck that Danny did not have any water in his lungs, meaning that he did not drown. Rush says that Danny was hit in the head. By questioning Chuck's ability to lead, the detectives get Chuck to admit the truth. Chuck remembers that he was scared at first and tried to jump across, but didn't make it. Danny jumped in the river to try to save him. Chuck made it ashore while Danny was still in the water. Danny told Chuck that he would not tell his friends that he was scared. Chuck got angry and took a stick and hit Danny in the head. Danny was killed and floated down the river. After he tells his story, the police arrest Chuck. Laura looks up in the morning sky seeing the moon, Bobby packing some old stuffs of his deceased friend, Seth, from its shelf, Miller stashing Danny's case box marked with CLOSED indicating that his case was finally solved after 39 years, Valens and Jeffries visited Wallace and give him the rocket which Danny built and keep it as his memory, while the retired detective McAvoy and Rush revisited the area where Danny was killed and finally, Danny's ghost appeared on the other side and was noticed by McAvoy before he disappeared, much to his relief that his long time case was finally closed and he was finally at peace. When McAvoy leave the area, Lilly opened the letter indicating that her father's wherabouts was finally found.

Jarrod Bailey (portraying Danny Finch) and Kathryn Morris in this episodes behind the scenes.
Add a photo to this gallery 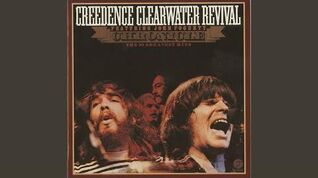 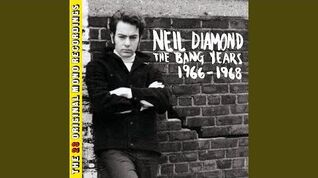 Neil Diamond - Thank The Lord For The Night Time 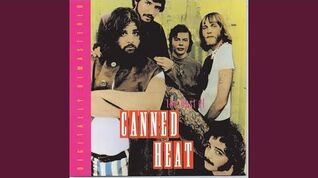 Canned Heart - Going Up The Country 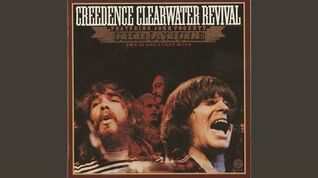 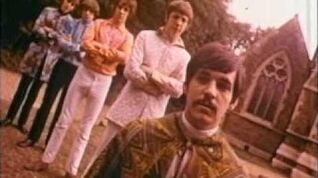 Retrieved from "https://coldcase.fandom.com/wiki/One_Small_Step?oldid=28284"
Community content is available under CC-BY-SA unless otherwise noted.