Season : 4
Episode: 19
Directed by: David Barrett
Written by: Greg Plageman
Production Number:
Airdate: 25 March 2007
Date of Crime: 10 May 1987
Previous: A Dollar, A Dream
Next: Stand Up and Holler

A man who was wrongly convicted for the 1987 rape and murder of his six year old son, before being released on a technicality throws a registered sex offender off a roof to his death, promising to kill another everyday until detectives find his son's true killer.

Spring of 1987 Six year old Clayton "Clay" Hathaway was found dead with signs of physical and sexual abuse at a construction site his father, Mitch, was developing. His parents were desperately looking for him since his disappearance two days earlier from their typical quiet neighborhood while riding his bike. Later on, Mitch was accused and arrested for his son's rape and murder. Though he continually protested his innocence and the lack of solid evidence, he was sentenced to life in prison. In the process, he lost his wife, who immediately divorced him after his arrest and never showed up for his trial.

Twenty years later, Mitch is released since the original evidence had been contaminated and the judge had ordered a new trial. Temporarily free, Mitch vows to clear his name and bring his son's killer to justice Himself. He sends the police a message by abducting a registered pedophile and pushing him off the roof of a local building.

D.A. Alexandra Thomas is constantly keeping up with Lt. Stillman's team, which is working on the case to find Clay's murderer and stop Mitch. While they're discussing the case, Mitch calls Scotty on the phone. He's read of Scotty's brother, who was also a victim of pedophilia when he was a child, in the newspapers. He gives the team an ultimatum: solve Clay’s murder or he will continue to throw every “last piece of garbage” (Mitch’s name for pedophiles) off the roofs in Philadelphia.

Will and Kat talk to Tara, Mitch’s ex-wife. Explaining the situation, they ask her to recall the day Clay disappeared. In tears, she describes the people she saw in the neighborhood, including their close friends, the Burrells (who helped search for Clay). She also remembers seeing a postman. Will immediately picks up on this: Clay disappeared on a Sunday when no mail is delivered.

Nick and Scotty go talk to the postman, Ernie Grabowski who's a known pedophile and registered sex offender under house arrest. He denies ever having touched Clay. He points to Adam Murdoch who at that time, was the boyfriend of Tricia, the Hathaways' careless babysitter. He once saw Adam in the kitchen, washing off blood from Clay's underwear while the kid was weeping.

Adam Murdoch is questioned next. He tells the detectives he was raiding the liquor cabinet, but accidentally dropped a bottle on the kitchen floor. Clay entered the room all of a sudden, stepped on the glass and cut his feet. Adam grabbed the first thing he found in the laundry basket to clean up the mess and asked Clay to keep the incident a secret. He is exonerated when it’s proven that he was out of town on the day Clay disappeared. He then tells the cops he once saw Clay showing Johnny Burrell, his best friend a pocketknife someone named "Scarecrow" had given him.

Johnny, now a young man in his late twenties, tells the cops "Scarecrow" was the nickname of an older boy, Damon Childress who also lived in the neighborhood. He was a complete freak, an emotionally unstable kid who used to hurt cats and bully younger children like Clay and himself. The night Clay disappeared, Johnny saw him burying something in his backyard. The cops dig out Damon's backyard and find Clay's missing bike. Just then, Mitch calls Scotty, who tries to convince him to surrender, promising to find Clay’s killer himself. However, Mitch tells the detective that he's been talking for twenty years and no one ever listened. He coldly states he’s already "taken out the trash anyway” before hanging up. The next morning, the cops find another man dead over a car: it's Grabowski, the fake postman. This means Mitch has been following them the whole time.

Lilly questions Damon Childress, showing him a photo of the bike they unearthed on his backyard. Damon says he had stolen it from Clay before he went missing and wanted to sell it, but when the boy disappeared, he panicked and buried the bike. He denies ever touching Clay, believing Mitch had killed him and Tara knew it, saying he overheard her telling Johnny's mother about it at Clay's funeral.

Tara is brought in again and tells Kat and Will that she found compromising photos of Johnny in her bathroom cabinet shortly after Mitch’s arrest and that was when she knew her husband had done it. While the cops take in Johnny for more questioning, a furious Mitch phones Scotty again and tells them stop harassing Tara (saying she’s been through enough). Thinking Mitch had been playing him the entire time, Scotty loses his temper and accidentally tells him about the photos of Johnny that she found. At first, Mitch appears confused and stunned, but it quickly turns to shock then rage as he ends the call.

In the questioning room, Johnny tells Lilly and Scotty it wasn't Mitch who took the pictures: it was HIS father, Cliff Burrell. But, Johnny says his father never touched or abused him, calling the photos “a secret game” they played when he was younger. The stunned detectives reason that Johnny was "off limits" because he was Cliff's own son, but Clay wasn't as fortunate.

When they finish examining Johnny, Lilly and Scotty are informed by the others that Mitch just abducted Cliff and had taken him to the roof of a building, preparing to throw him off. A guilt-ridden Scotty soon realizes his mistake, seeing that Cliff (being a family friend and having frequent access to the Hathaway house) actually planted the photos to set Mitch up for the crime and by him revealing their existence made Mitch realize that only Cliff could be Clay's killer.

The team rushes to the building's roof. SWAT agents are already there, ready to shoot Mitch down. Scotty slowly approaches Mitch who's keeping Cliff under fire near the building's edge. The detective tries to reason with him, stating that they know Mitch is innocent, that Cliff was the one who killed Clay and that his son would finally have justice (stating that is what Mitch has wanted for so long).

But, Mitch doesn't believe him, saying he gave up in anyone ever believing him. Devastated that his son’s rapist and killer was actually the man he considered a brother, he tells Scotty that he'll just be locked up and left to rot again for the pedophiles he killed (saying he’ll be made into the bad guy like he was twenty years ago). So he has decided to avenge his son by throwing Cliff to his death and then taking his own life, telling the detectives he lost any reason to live the day Clay died.

Scotty tells Cliff to confess his crimes in an effort to calm Mitch, which he does amid tears of fear and remorse (a flashback shows after Damon stole his bike, an bruised and upset Clay was lured into the Burrell garage by Cliff where he then raped and killed the little boy). Nevertheless, Mitch is determined to finish off his former friend and starts dragging him to the roof's edge.

Tara rushes forward with Lilly, begging Mitch to stop. Stunned, he freezes at the sight of his ex-wife. Sobbing, she apologizes for not believing him and begs for his forgiveness. Mitch starts crying, still blaming himself for Clay's death because he let their son out of his sight the day he died, but Tara assures him what happened wasn't his fault. Still crying, she tells Mitch she still needs him and that Clay would not want him to give up (something that Mitch often told their son whenever he had a problem). At these words, he finally breaks down and surrenders.

The cops first arrest Cliff and charge him with Clay's rape and murder before placing Mitch in custody too (it’s implied that the team is determined to help him avoid further jail time, hoping to atone for the injustice Mitch was subjected to). They also give him a moment with Tara. The former couple embrace, finally reconciled and as they turn around, they "see" a happy Clay smiling at them. 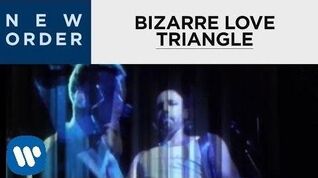 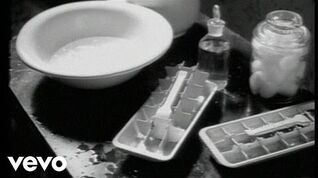 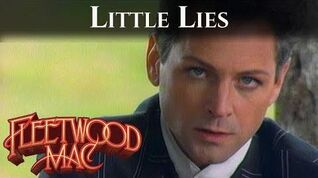 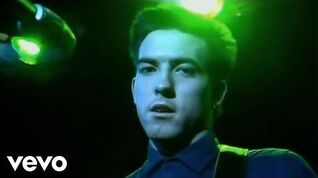 The Cure - A Forest (Official Video) 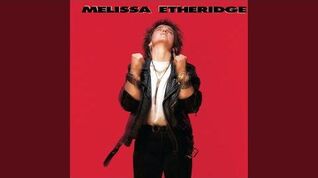 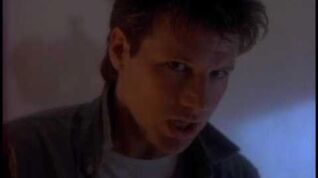 Retrieved from "https://coldcase.fandom.com/wiki/Offender?oldid=28186"
Community content is available under CC-BY-SA unless otherwise noted.