The team investigates the murder of seventeen year old skateboarder Nash Simpson in 1995 when he was escaping from a terrible homelife and trying to make some money, so he could get his younger brother to live with him. Unfortunately, the pressures of the street and the cut-throat competition of boarders to get sponsors resulted in Nash's murder, which remained unsolved... till now.

In 1995, a kid named Nash Simpson rides his skateboard through the streets. He sees his younger brother Mick in front of his house drawing a skater super hero. Their mom’s boyfriend Rafe Stockton walks out of his house after an argument. He asks Nash if he wants a piece of him. The boyfriend goes back into the house. Nash skates off down the street. Later, Nash is killed and left in a fan shaft.

Back in the present day, Stillman tells the detectives about an unidentified body found in a fan shaft. Rush and Valens meet with Mick Simpson, Nash's younger brother. Mick says that his brother ran away in 1995 and might be dead. He says that he found a skateboard that his brother sent to him as a gift from Philly. He says that his mom didn’t give him the board because she thought he would run away like his brother. Rush takes Mick to the evidence room. Mick tells her that his mom had a string of boyfriends. Among the evidence, Mick recognizes a drawing that he gave to Nash. The detectives find that Nash was killed by blunt force trauma to his head. He had no drugs in his system at the time of his death. Miller tells them that Nash was written up by an officer named Joe Mueller.

Valens’s dad visits and brings Scotty a pair of sneakers. He asks him to check on his mom who is changing and doing stuff like Tai Chi. Stillman and Rush have Joe come in and asks him about Nash. He says that he remembered Nash, found out he was from Jersey and asked if he needed a place to stay. He says that one of Nash’s friend’s, a boy named Cal, rode his board on the hood of his patrol car. Rush and Valens meet with Cal and ask him about Nash. They tell him that they identified Nash’s body. He says that he and Nash had each other’s back. He remembers going into a skate shop. He says he tried to steal a set of wheels but was caught. Cal says that Nash helped him out by paying for the wheels. He says that Hess, the skate shop owner, liked Nash. Hess helped Nash out by letting him stay in his basement. He says that Hess was creepy because he liked to take photos of the skaters shirtless.

Vera and Miller visit Hess and ask him about Nash. They tell him what Cal said about him. Hess defends himself and says that Cal was a drug user. Hess says that he brought attention to the Philadelphia skating scene. He remembers when a skater named Grady became jealous at Nash’s skills and got in a fight with him. Grady also was angry that his girlfriend Vonda, who was a photographer, liked Nash. Hess says that later Grady sold out and is selling his boards in big retail stores. Valens visits Grady at his skate park and ask him about Nash. Valens tells him that he knows that Nash liked his girlfriend Vonda. Grady remembers when he was giving out boards provided by his sponsor. He saw that Vonda had her eyes on Nash. He says that she left him but came back.

Later, Valens meets with his mom and sees that her hair is different. He asks her about Tai Chi. She says that it helps her get centered. Valens suspects that she is having an affair. His mom asks him to mind his own business. Vera and Jeffries bring in Vonda and ask her about Nash. She says that she let him borrow a video camera and thought that he was using her. She remembers when she visited him at Hess’s skate shop. He told her about his brother who he left in Jersey. She suggested that he bring his brother to Philly, but he said that he couldn’t because he is not in that position. She gave him a video camera to shoot himself and send to a sponsor. Nash told her that he was working on something else. Vonda says that Nash couldn’t get custody of Mick until he had a source of income. She said that if Nash recorded a perfect trick, he would have gotten sponsors. The detectives learn that Nash’s mom and boyfriend went to Philadelphia to visit Nash. Stillman tells them to visit Nash’s mom to find out what they did.

Rush visits Nash’s mom Chelsey who is in prison. Rush tells her that she knows she went to Philly the week Nash died. Chelsey says that she went to Philly because she missed her son. She remembers that she visited Nash who asked where Mick was. Nash told her that he wanted Mick to live with him because he now had money from a sponsor. Chelsey asked him to give her the money. Nash took off after he saw Chelsey’s boyfriend Rafe approach them. The detectives learn that the board that Mick received was a prototype made by Hess. They learn that Hess filed for bankruptcy. Vera and Miller visit Hess and ask him why Nash didn’t become a star. Hess says that he had a chance to take Nash into stardom, but someone else beat him to the punch. He remembers when he showed Nash a prototype board that he wanted to put his name on. He told him that he wanted to be his sponsor. Nash told Hess that he already got sponsored by a company called Accelerator, the same company that is currently sponsoring Grady. Nash said he couldn’t wait since Hess had trouble even making rent. Hess told Nash to leave his shop. He tells the detectives that he thought that Nash sold out to a big corporation. The detectives play Vonda’s tapes that she recorded showing Nash and Grady skating. They see Nash perform a trick that Grady stole a few months later. The detectives realize that the tape was shot in the place where Nash’s body was found.

Rush and Valens bring Grady to the station and show him the tape. The tell him that they suspect that he stole Nash’s trick at the warehouse where he died. Grady says that he first saw the trick performed on tape. Grady says that Cal sold him the tape. Grady gave him the money and learned that the trick was performed at the warehouse. Grady says that it took him a month to nail the trick. They bring Cal to the station. Rush and Valens tell him that they know he used drugs. They also inform him that they know he sold a tape to Grady. Rush orders Cal to speak into a microphone in order to match it to a voice they found on the tape. They figure that he sold Grady the tape because he knew that Nash wouldn’t come back. Cal says that Nash was leaving him behind. He remembers when he met with Nash at the warehouse when he tried to perfect a trick. Nash told Cal not to use drugs anymore in order to be a better skater. Nash promised to get Cal signed with a sponsor if he nailed the trick. After he tried and failed, Cal told Nash that he couldn’t do it. Nash decided to show Cal how to do it himself. Cal became jealous and hit Nash in the side of the head with his skateboard. Cal is arrested for Nash’s murder. 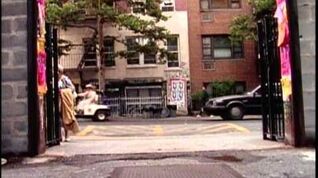 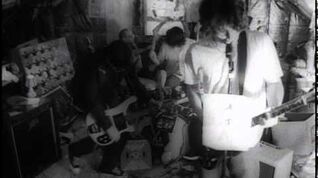 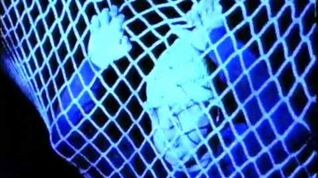 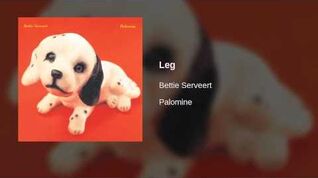 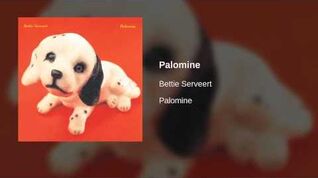 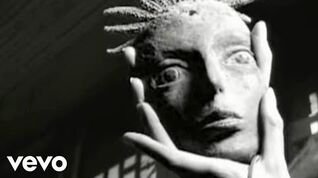 Retrieved from "https://coldcase.fandom.com/wiki/Hoodrats?oldid=28303"
Community content is available under CC-BY-SA unless otherwise noted.